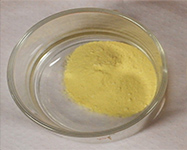 LUMINOL is the most efficient occult blood detector in crimes against life.  Through the use of spray formulation and a portable luminometer, crimes in locations that preclude any conditions of total darkness, such as: railway stations, bus stations, subways, stadiums, forests, parks, etc. can be analyzed for the presence of occult blood. This reagent can also be used to monitor the disinfection processes of medical, dental and food plant facilities.

Luminol reacts chemically with iron in the blood and thus releasing energy (photons) in the form of a blue light, through a reaction called chemiluminescence. Often used  by  forensic professional  in crime scenes against life, as a detector  of traces of occult blood,  once in contact with blood, luminol  coordinates with ferric iron found in the  hemoglobin,  and  when treated with hydrogen peroxide in basic media, promotes the formation of  photons in the form of a bluish light.

The first work devoted to the synthesis of luminol was described by Schmitz in 1913, and the first report on the reaction of luminol chemiluminescence was produced by Albrecht in 1928.

The Luminol synthesized by the Laboratory of Synthesis and Product Analysis Strategic-UFRJ has a patent guarded by the world body "World International Property Organization" since 2005, Brazil's INPI since 2006, in the United States the process of synthesis of luminol produced LASAPE had in his patent granted in 2009.

LUMINOL is the most efficient occult blood detector in crimes against life. LUMINOL UFRJ has a new advantage compared with other similar commercial reagents available in the market, because the emission of the blue light on this product lasts longer than 3 minutes. This video demonstrates the product into two uses: in the absence of light or visible light.

The registry of toxic effects of chemicals in the United States - RTECS, The American Chemical Abstracts Service and the European society of toxicology and pathology record Luminol as having no toxicological effects on humans.

His lethal dose in rats is greater than 500mg/kg, not being cited as ACGIHm carcinogen by IARC, NTP, or CA prop65.

Not mutagenic or teratogenic effects were observed.

Ecotoxicity was not observed for determining the biological oxygen demand.

Material not controlled by the U.S. Department of Transportation.

No special conditions are required for transport.

Use in the Health Sector

The use of Luminol in health is mainly focused on the investigation of blood residues, main culture medium for the growth of pathogenic, microorganisms present in clinical and hospital environments.

Why use Luminol in clinical and hospital settings?

The Luminol acts as a control tool in hygienic processes in these environments, confirming the removal of blood and the efficiency of the disinfection process.

What are the advantages of using Luminol?

Due to the greater control on the hygiene of the hospital environment we can list advantages as well as, the benefits of control of hospital infection:

Hospital infection kills 100,000 a year in Brazil, there isn’t adequate control in 80% of establishments. 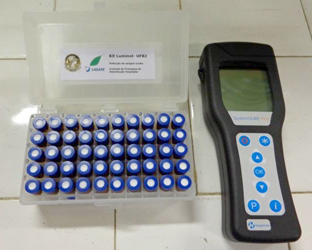 Where Using Luminol in clinical and hospital settings?

In the central sterile supplies, operating rooms, intensive care units, endoscopy devices, catheters and other points designated by the Commission for the Control of Contamination Hospital. The occult blood in the hospital area will be detected by the portable luminometer brand Hygiena, Sure System II. By obtaining measurements of photon emission URL, one can form a semiquantitative measure of the concentration of blood present in the environment.

In the operating theater and ICU'S

In the operating theater and ICU'S

Where Using Luminol in Dental Units

Once detected by occult blood Luminol how to proper clean?

See Technology Consulting for more information or even session Courses.

Use in Forensic Area

The development of a new formulation with additives sensitizers allows time chemiluminescent reaction of luminol increase by up to 10 minutes. In crimes against life, accidental explosions and criminal can get photos of the reaction of luminol with occult blood using a Nikkon Digital Camera D60 or D90, 2.5A, 9V. The detection of occult blood in visible light can be made by using a portable luminometer, allowing the use of luminol without requiring conditions of total darkness.

Immunospecific testing for human hemoglobin, eliminating false positives is also a new feature developed by the research group LASAPE for use in forensics in order to minimize costs with DNA testing.

Detection of blood burned in accidental and criminal explosions.

Use in Commercial Area

The Luminol can be used as part of a program of quality control certifying decontamination processes in fridges.

Where Using Luminol in fridges:

What are the advantages of using Luminol in Fridges to certify the Quality?

Once detected occult blood by Luminol how to proper clean?